Botox, liposuction and other transplants are few common techniques which many people around the world use to improve their looks or correct the incorrect features of one’s body. Nowadays many celebrities in Bollywood use one or all techniques to lift their face or look sexier. Here is the list of Bollywood celebrities gone through body correction treatments and how they look now.

Bollywood Celebrities Before and After Plastic Surgery Part – I

Kareena Kapoor has done plenty of cosmetic surgery for her sexy look. Even though there was nothing seriously wrong with the shape of her nose, it’s said that the actress got its tip slightly altered to make it match the rest of her face. After surgery, her nose looks sharper and smaller. Her cheekbones are well defined now.

We love her for simply being so gorgeous but Madhuri Dixit definitely did something to her face. Eyebags, wrinkles have given way to tight jawline, angular nose, and lifted eyes. 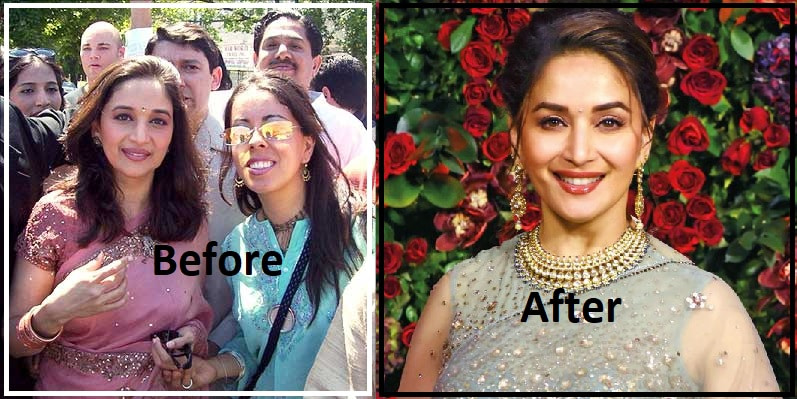 After surgery, her skin has also improved a lot. You can also see her jawline looks more defined and sharper. Her transformation from “innocent face girl” to “celebrity face girl” makes me believe that she has undergone a facelift.

Koena Mitra wanted was a sharper nose but it ended up looking ugly. Everyone knows about Koena Mitra’s infamous nose job. Koena has been a much public and embarrassing outcome of cosmetic surgery.

Priyanka Chopra won the Miss World title but wasn’t happy with her huge nose and Indian village girl features. After 2000 her nose has gradually acquired the slim look. Her perfect cupid bow lips and nose is a result of plastic surgery. She has also gone through skin lightening treatments to make her skin fairer.

Please let us know in the comments which celebrity you know have gone through cosmetic surgery and what kind of.